Biotech Cluster Rhine-Neckar (BioRN) is one of Germany’s leading Cluster in the field of so-called red biotechnology. The network counts about 200 companies, societies and research institutions, all located in a 10 km perimeter of the historical region of Heidelberg, Mannheim, Ludwigshafen, Darmstadt, Frankfurt and Karlsruhe.

The Cluster is partly based on internationally renowned research institutions such as the University of Heidelberg, the University Clinic of Heidelberg, Mannheim Technical College, the German Cancer Research Center (DKFZ), the European Molecular Biology Laboratory (EMBL) and the Max-Planck-Institute for Medical Research. Furthermore, the cluster’s profile is shaped by approximately 100 small and medium-sized biotech companies as well as five global pharmaceutical companies. They develop, among other things, medication, diagnostic and technology platforms focusing on personalised medicine and cancer research.

BioRN has been honoured as a leading-edge cluster for “cell-based and molecular medicine in the Rhine-Neckar metropolitan region” by the Federal Ministry of Education and Research. This includes a subsidy of 40 million Euros of which some 40 R&D projects have benefited from between 2009 and 2013. Another success of the BioRN cluster was to be awarded a winner of the competition concerning the internationalisation of top clusters by the German Federal Ministry of Education and Research (BMBF) in 2015. Within this measure BioRN carries out several initiatives which strengthen the internationalisation potential of SME and start-ups and the region in general since 2016.

In addition to internationalisation efforts, the support of start-ups and SME as well as technology transfer and connecting stakeholders within and beyond the cluster are in the centre of the BioRN cluster strategy.

From a regional to the European life science network

In the course of internationalization, BioRN formed an alliance with the bio-medicine clusters of Cambridge (UK), Leuven (Belgium), Maastricht (NL) and Copenhagen (DK) in 2010 (Health Axis Europe, HAE). Main goal is the empowering of innovative forces to strengthen the international competitiveness as well as the creation and coordination of joint projects with the European Union’s support.

Information on the Innovation Cluster: 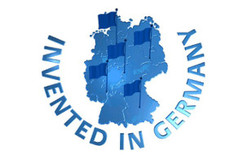